Happy People exposes the private lives of a top-rating children’s television performing group which descends into chaos both onstage and off as they launch their 10th Anniversary Live National Tour. Populated by four members and the famed suit character Edison the Elephant, their Executive Producer battles to keep the happiest people on national television from imploding at the hands of their own arrested development.

Originally a commission from the State Theatre Company of South Australia, Happy People received a Churchill Fellowship through which Matthew was mentored by Academy and Grammy Award-winning composer/lyricist Stephen Schwartz. Two developmental readings were held at Playwrights Horizons in New York City, followed by a workshop reading facilitated by Village Theatre, Washington state.

In 2014, Happy People - In Concert came to Melbourne's Chapel Off Chapel for one weekend only starring Bobby Fox, Gretel Scarlett, Tom Sharah, Sun Park, Bert LaBonté and Robyn Arthur, with direction by Chris Parker and produced by Working Management. The musical is currently in discussion for further development in New York. 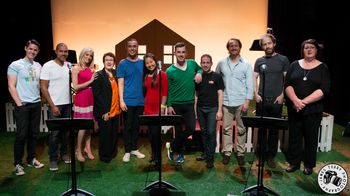 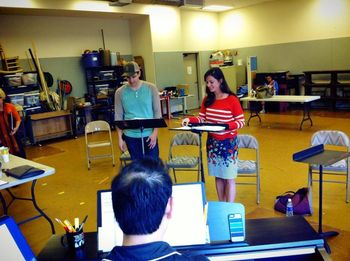 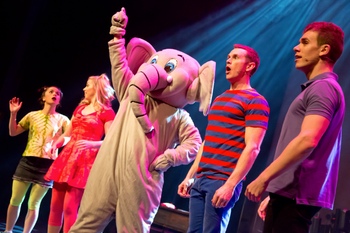 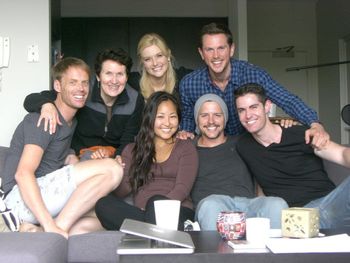 Read more…
Share
Please note:
All payments made with the Paypal bank account eCheque option (as opposed to credit card) may take up to 3 to 5 days to process, which will delay the delivery of your sheet music. Credit card payments through Paypal are preferred.